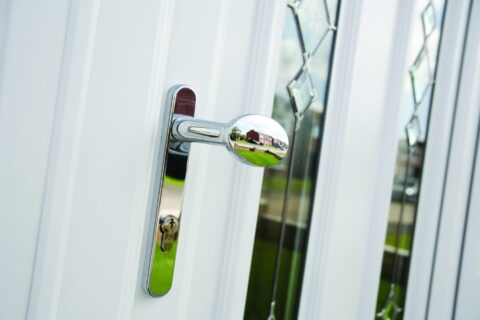 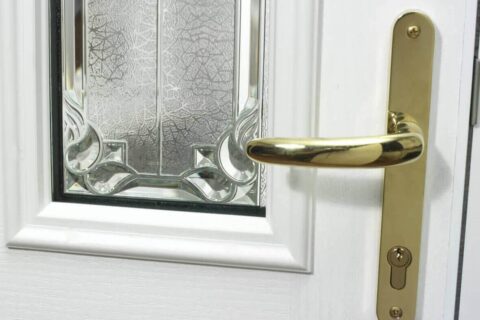 A lot of problems with UPVC locks in Stapleford can be repaired without the need for an expensive replacement! At Cerberus Security we are experts in fixing both uPVC and composite multi-point locking systems. We can either repair or replace all models, types and brands of uPVC lock around Stapleford!

It can be difficult to find the correct uPVC lock replacement if it cannot be fixed, but we have all the required expertise to make sure you get the correct lock that suits your Stapleford doors or windows.

The most common problems we encounter in homes around Stapleford are stuck locks, or the door or window lock is damaged or broken. No matter how big or small the lock problem is though, we can help.

We also carry supplies of spare uPVC locks to all Stapleford uPVC Locksmith callouts, so that we can fully replace a double glazing door or window lock, should any problems arise. 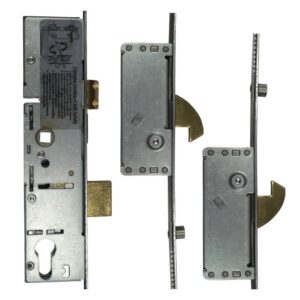 Multipoint locks are available in a variety of designs for Stapleford properties, but generally include a centrally located deadbolt and a live bolt (latch), at least two hook bolts and possibly a pair of compression bolts.

The bolts are normally operated by lifting the door handle from either side of the door leaf and are locked in place by the turn of a key from either face of the door or, if the door is the only means of escape, by an internal thumbturn.  The compression bolts, if fitted, and or the hook bolts pull the door tightly into the weather seals in the frame to keep it weather tight.  Some versions have additional bolting into the top and bottom frames and even into the hinge side of the frame.  There are others that automatically engage all the bolts as the door closes, but these tend to be a lot more expensive.

Most enhanced secure doorsets available in Stapleford are fitted with multi-point locks, but there are still lots of enhanced secure timber and composite doors that still use the rim nightlatch and BS 3621 mortice lock combination. There is a standard for testing and certifying multi-point locks: PAS 3621:2011 Multipoint locking assemblies. Keyed egress. Performance requirements and test methods. In the same vein as mortice locks and rim nightlatches they will be available with keyless egress (PAS 8621) and dual mode (PAS 10621).

For a long time there has been a debate about whether these multi-point locks should have a solid or split spindle operation on the outside handle. The police initiative for new homes in Stapleford and the UK, Secured by Design, doesn’t recommend a particular type, but there are advantages and disadvantages with both.

Nothing Protects you more than a Cerberus Security secured door.

Here at Cerberus Security, we can often diagnose the majority of uPVC lock problems in Stapleford over the phone. You may be experiencing one of the following:

Handle getting harder to lift

If your Stapleford property has a uPVC, composite or a new style wooden door with a multipoint locking mechanism, you may well have experienced, or are experiencing problems due to the warm weather. Severe weather changes can cause problems with your Stapleford doors and windows, especially if you have a conservatory!

By having Stapleford uPVC doors repaired, realigned and adjusted now, you could save =a significant amount of money in the near future. When you have to force the handle you are, for all intents and purposes trying to push your house into the ground. “That is not going to happen!” This means that something else has to give and that something will be the gearbox.

Although a gearbox can be replaced, in most cases without the need to replace the entire mechanism, this can be easily avoided. It’s much like servicing your car. None of us really want to do it but we know it will lesson the chances of it letting us down and something much more expensive happening in the future.

Lock snapping is the forcible breaking of a cylinder allowing a thief in Stapleford to turn the cam with a screwdriver to release the locking mechanism.

The standard euro profile cylinder on your Stapleford uPVC door lock is essentially two cylinders together providing you with a keyway (keyhole) on both faces of the door. In the middle of the cylinder is a cam that turns when you insert and turn the key or the thumb turn and it is this cam that operates the locking mechanism. The cylinder barrel is cast in one piece and the metal below the cam is quite thin. This is the weak point. Having snapped the cylinder and removed it from the door the thief can turn the cam with a screwdriver to release the locking mechanism.

The answer is clear – an Anti-Snap Door Cylinder adds a virtually impenetrable layer of protection to your Stapleford uPVC locks, tricking would-be burglars and home invaders into destroying a major means of forcing entry your home and thereby keeping you, your family and your valuables secure.

The first thing to know is that composite doors in Stapleford use the same lock mechanisms as UPVC doors! A lot of faults with multipoint uPVC and Composite locking systems in Stapleford can be repaired without the need to replace! Our vehicles are well stocked with all the major brands and, should replacement parts be necessary, most jobs can be completed there and then within one visit to your Stapleford property. More specialist lock parts, and even some discontinued parts, can often be sourced for the following day. We would make the door/window secure until then.

Even the most secure multi-point lock on a uPVC door in Stapleford can be assisted with some extra security measures from our uPVC Locksmith:

Sash Jammers are fast and easy to install, commonly used as additional security to secure uPVC windows in Stapleford. They are available as locking and non-locking options.

A Sash jammer is fitted to the uPVC window frame and can be turned through 90 degrees to block a window from opening should the lock be bypassed by a thief.

They are also useful for preventing young children from using uPVC doors in your Stapleford home, when placed at a height that is inaccessible.

Most uPVC French and patio doors in Stapleford are more vulnerable to attack, with intruders often trying to take advantage of their known weaknesses. It is always a great idea to strengthen them.

Patlock is developed to make any patio or French door many times more resistant to Stapleford burglar attacks. Patlock will secure the handles in the same locked position even if the burglar snaps the locks, so the door remains closed even when its original locking system is removed.

The Patlock serves both as a a visual deterrent and secondary lock. It’s one of the best solutions to improve uPVC door security in Stapleford.

Not in Stapleford CB22, but still need a "uPVC Locksmith Near Me"...?

We have experience working around Stapleford and the whole of Cambridgeshire, including other local areas: